Welcome to Samsen's Australian Labradoodles. We are breeders of Australian labradoodle in north of Sweden.

Our breeds stand out from the crowd in many ways by their Temperament, Beauty, there soft non shedding fleece coat and       willingness to work and integrate with people.

Only the best homes are good enough for our amazing dogs that also have a beauty far above many.

It’s no doubt that the founding of the Labradoodle nearly 30 years ago came out of a desire to produce a dog that had therapy and service qualities. Though the founders started the beginnings of what is known as the Labradoodle and have strong opinions about the dog today, it is important to recognize the advanced development that the Australian Labradoodle has taken over the last 15 years.

So what makes an ALAA dog different? They are bred by an ALAA registered breeder. The breeder agrees to meet the ALAA health testing requirements and they submit their ALD dog’s pedigrees to be verified by the registry standards of the ALAA which has a proprietary database with over 70,000 dogs.

The ALAA through its health standards is protecting the future of the breed and its ongoing development. The recent acceptance of the ALAA Australian Labradoodle into the OFA (Orthopedic Foundation for Animals) CHIC (Canine Health Information Center) program is a big step toward tracking the health history of the breed. It is the first time a non-AKC breed was accepted into this canine health tracking program that makes a breeder’s dogs health testing available to other breeders and the buying public.

"Australian" borders the breed from the simple crosses between Labrador x Pudel (hybrid / designer dog) and also from the few long-sought crosses.

The Original Australian is looking for a standard and unites in line with up to 6 different breeds in its gene pool:

(With the Cobberdog - formerly Australian Labradoodle in some lines as well as the 2007 soft-coated wheathen Terrier, which international associations have never recognized)

Through a long-standing, selective and careful breeding program, you achieve the desired improvement in coat structure, allergy friendliness and the strengthening of character traits. From generation to generation, Australians had the typical behavior that enhances their health and appearance.

In the 1970s, the "Royal Victorian Guide Dogs Association" (an Australian aid dog organization) decided to seek a hypoallergenic blind dog. Wally Conron, who accepted the project, wanted to use the learning rigor of the labs and the intelligence of the poodle. Because of the name, the intersection was Labradoodle.

These first-generation hybrids were learning-intensive, but not easy to train. They were not stable in relation to their suitability as a therapy dog ​​and allergy friendliness.

Two Australian breeders (Rutland Manor and Tegan Park) decide to continue with some offspring from Wally Conron's crossroads. They are pursuing the goal of relocating a non-allergenic, allergy-friendly therapy dog.
After years of selective breeding and breeding of other breeds along the original Australian (Labradoodle). It developed into the perfect family dog, properly trained as a therapy dog.

Through these purposeful pursuits with these descendants, the most important characteristics were firmly anchored:

To differentiate between the Labradoodles, they called them Australian Labradoodle. 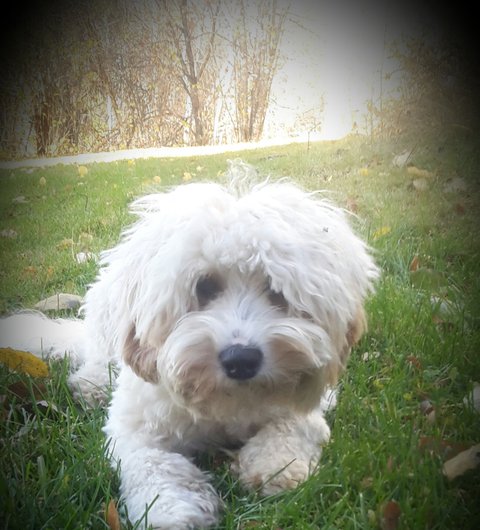 A wonderful family dog for an active family. Intelligent, charming, graceful and full of spirit.

The Australian Labradoodle is:

socially compatible with conspecities and other animals

The Australian Labradoodle is an allrounder and a little joker with an admirable charming character. He is easy to educate because he always wants to please his owner. They learn suprisingly fast.

Outdoors playful and sportive, indoors calm and at times even real pet dogs and teddybears.

He is very drawn to humans; untuitional they determine momentary emotional situations and the mood of his owner. These empathetic skills, which he holds in an exceedingly extent, characterizes him as an caring an special dog for people with special needs. The Australian Labradoodle is the ideal therapy dog.

Athletic and graceful with a compact, medium-boned body. Should not appear heavyset nor overly fine. Coat is non-shedding and easy to manage.

Extremely clever, sociable, comical and joyful. Energetic when free and and quiet when handled. Should approach people in a happy, friendly manner. Keen and easy to train. Should display an intuition about emotional state of family members or handler’s current emotional state or needs. This ability to “know” is what has made the Australian Labradoodle an excellent dog for individuals with special needs.

Trotting gait is effortless, smooth, powerful and coordinated in mature dogs. Should have a good reach in front and drive from behind for forward motion. Silent movement and light gait are essential.

The total rasstandard do you find her : Breed Standard ALAA